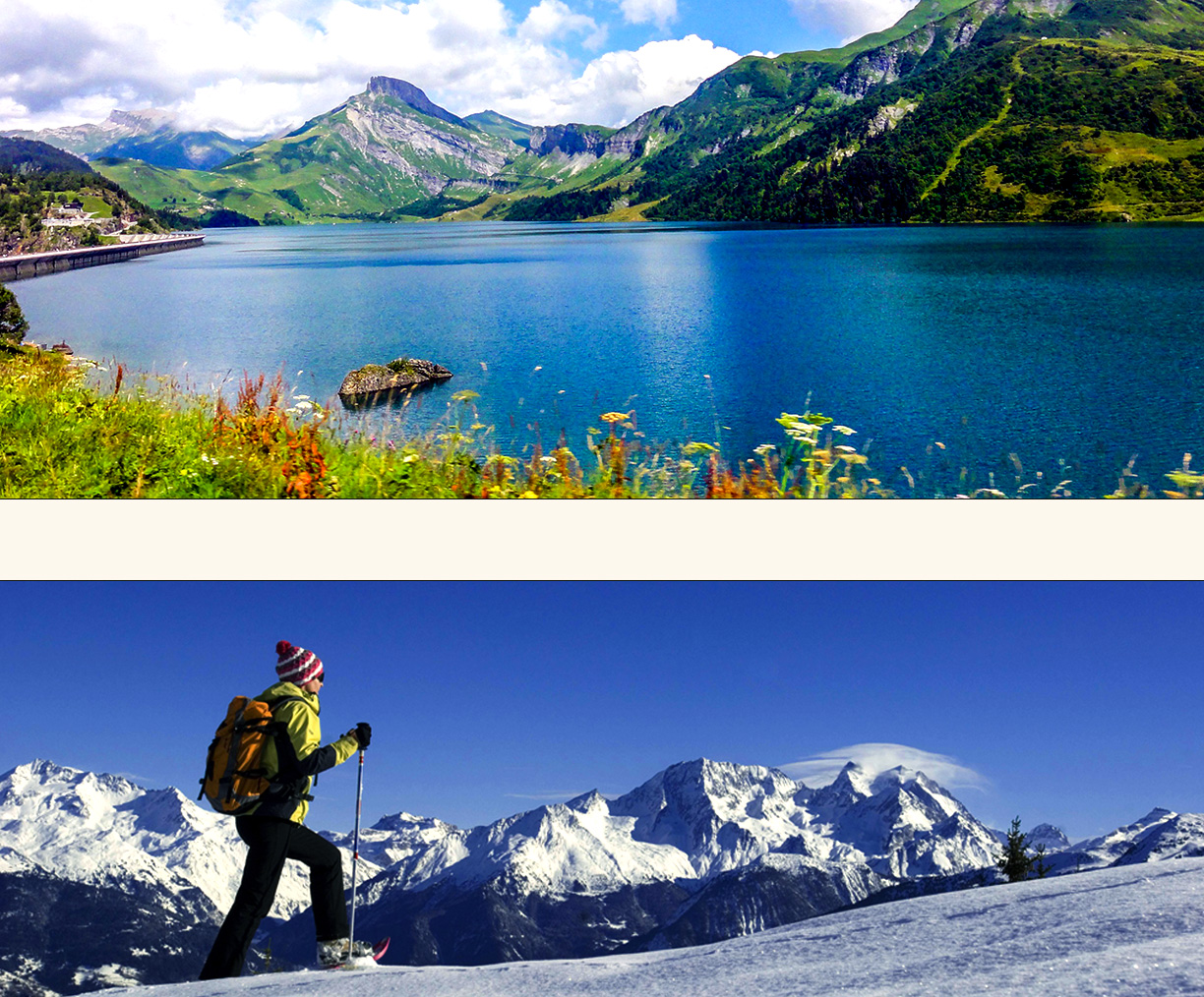 In the town of Bourg Saint Maurice, in Haute Tarentaise, in the small traditional mountain village of Hauteville Gondon.

10 minutes from the ski slopes, Paradiski.

We are here at the crossroads of the most prestigious winter and summer sports resorts in the Alps, 3 minutes by car from the funicular: “Des Arcs Paradiski et de la Plagne” which offer a ski area of 425 km of slopes. The Funicular takes you to Les Arcs 1600 in 7 minutes. Also close to “L’espace Killy: Tignes et Val-d’Isère”, and the family resorts of Sainte Foy Tarentaise, La Rosière, Montchavin, Peisey vallandry … La Bergerie du Miravidi is located near the “green way”. 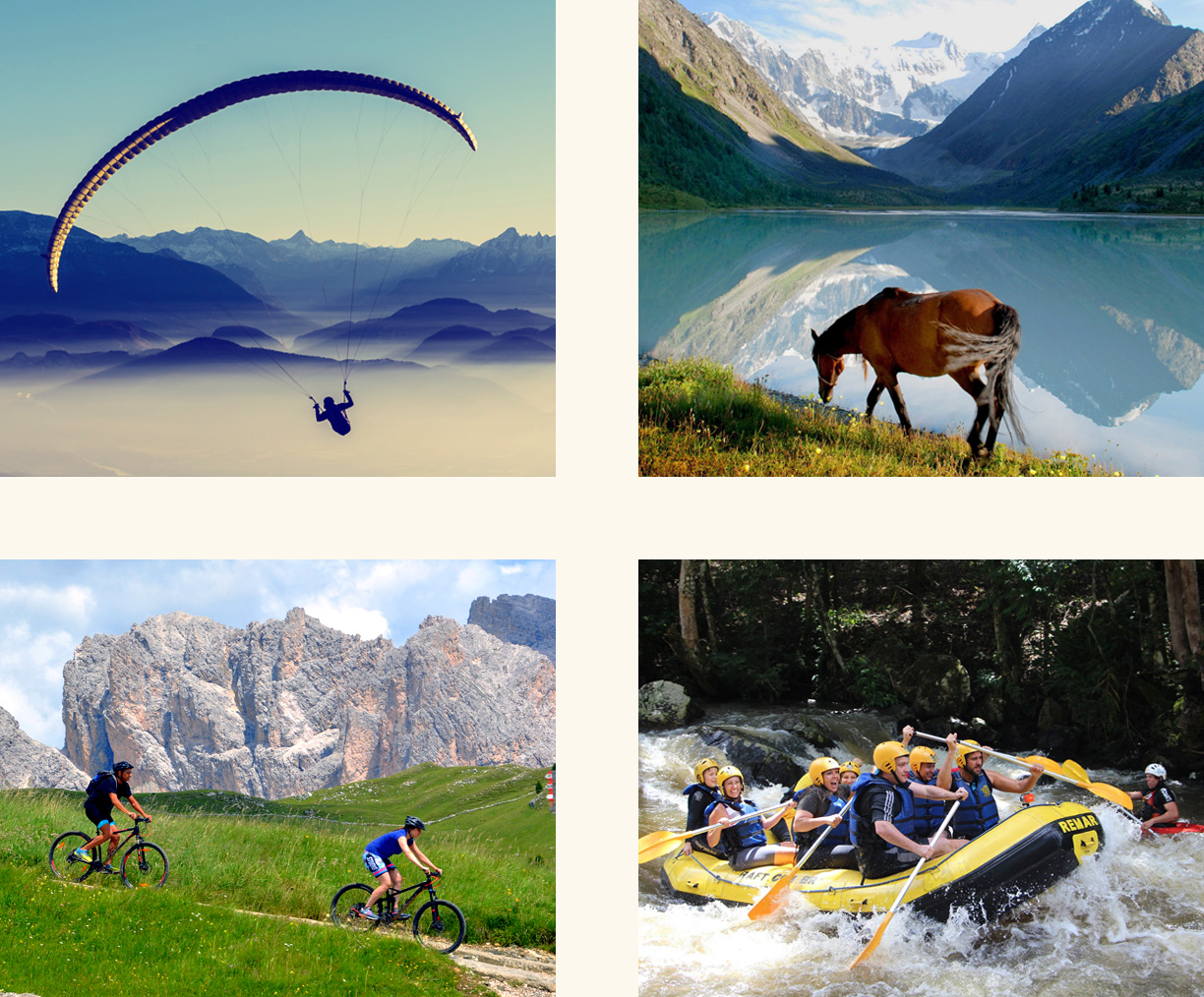 The Ecolodge is an ideal base camp

La Bergerie is located 2. 7 km from Bourg Saint Maurice and its amenities, it remains quiet on the edge of the forest, near the river, the cycle path, “green way”, and the area of paragliding landing that runs along the Isère.
This mountain “greenway” allows you to go from the sheepfold in complete safety to the international whitewater base where the kayaking stadium is located.

Rafting, kayaking, hydrospeed, etc. are in the spotlight, in fact, in Bourg Saint Maurice, Isère offers one of the most beautiful canoeing and kayaking ponds in the world. Paragliding gives the opportunity to contemplate the Italian side, the Mont-Blanc range and its Grandes Jorasses from above, and to meet the Lammergeier and the Royal Eagle with respect. If you like horseback riding, this is one of the best ways to discover the mountains, being one with our horse friends, who whisper in your ear that life is good!

It is possible from the Bergerie to access the Iseran, Petit Saint Bernard and Roselend passes. 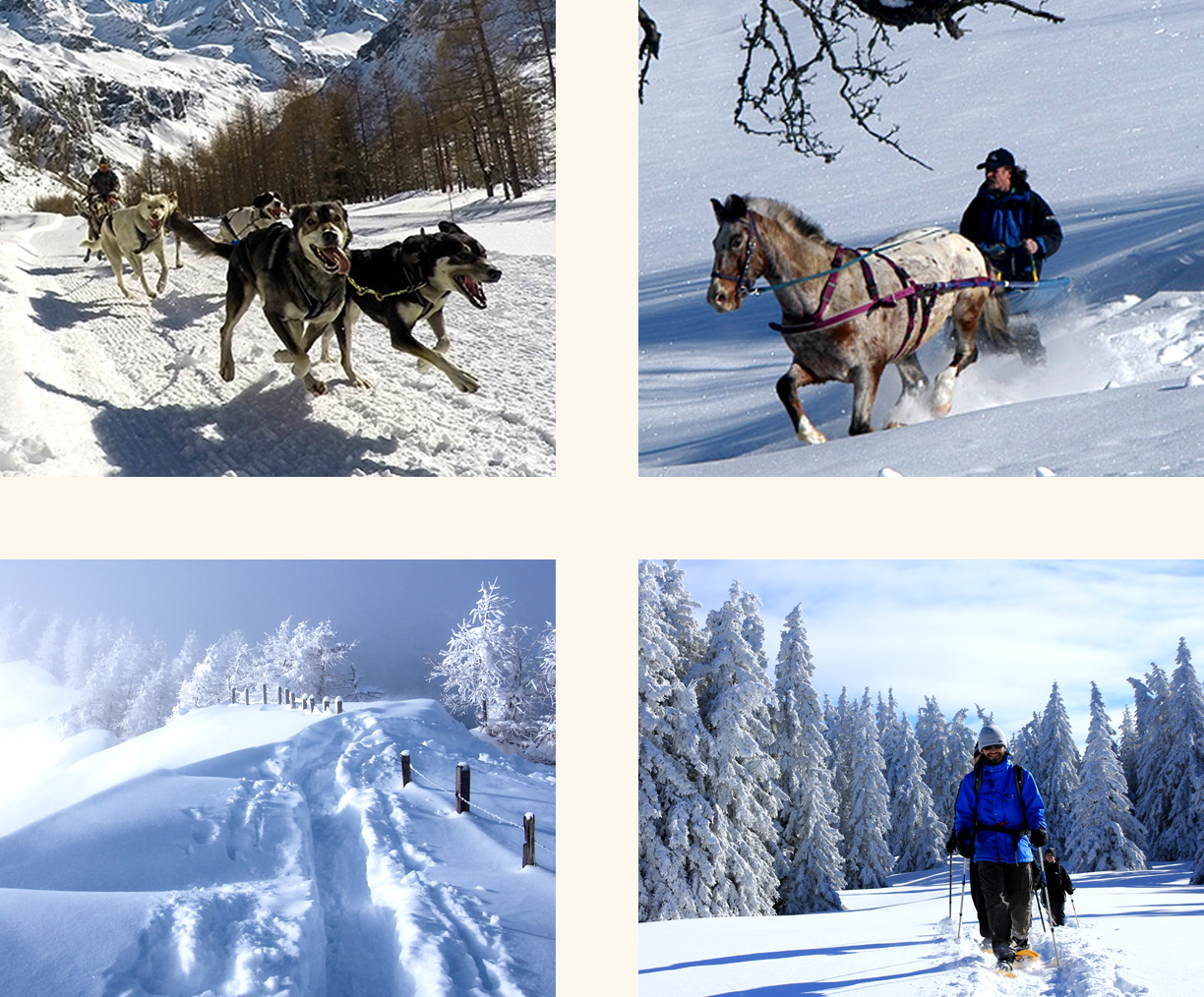 Here we live to the rhythm of the seasons.

We offer all-inclusive organized stays, which you can also offer in the form of GIFT VOUCHERS:

Life flows quietly in our beautiful mountains of Tarentaise, life is good for each of us in these places blessed by nature!

This exceptional site is a rich and fragrant land, set with mountain flora that can be estimated at around 1,700 species, that is to say 45% of French flora. The variety of forest species is also remarkable; thus almost all the major coniferous species of Europe are present in the park. The fauna is well represented with the emblematic Alpine ibex, a species protected since 1962. The Haute-Tarentaise is a magnificent cocktail, between grandiose mountains, glaciers, discovery trails, transparent lakes, torrents with tumultuous waters, green spaces, and breathtaking panoramas … 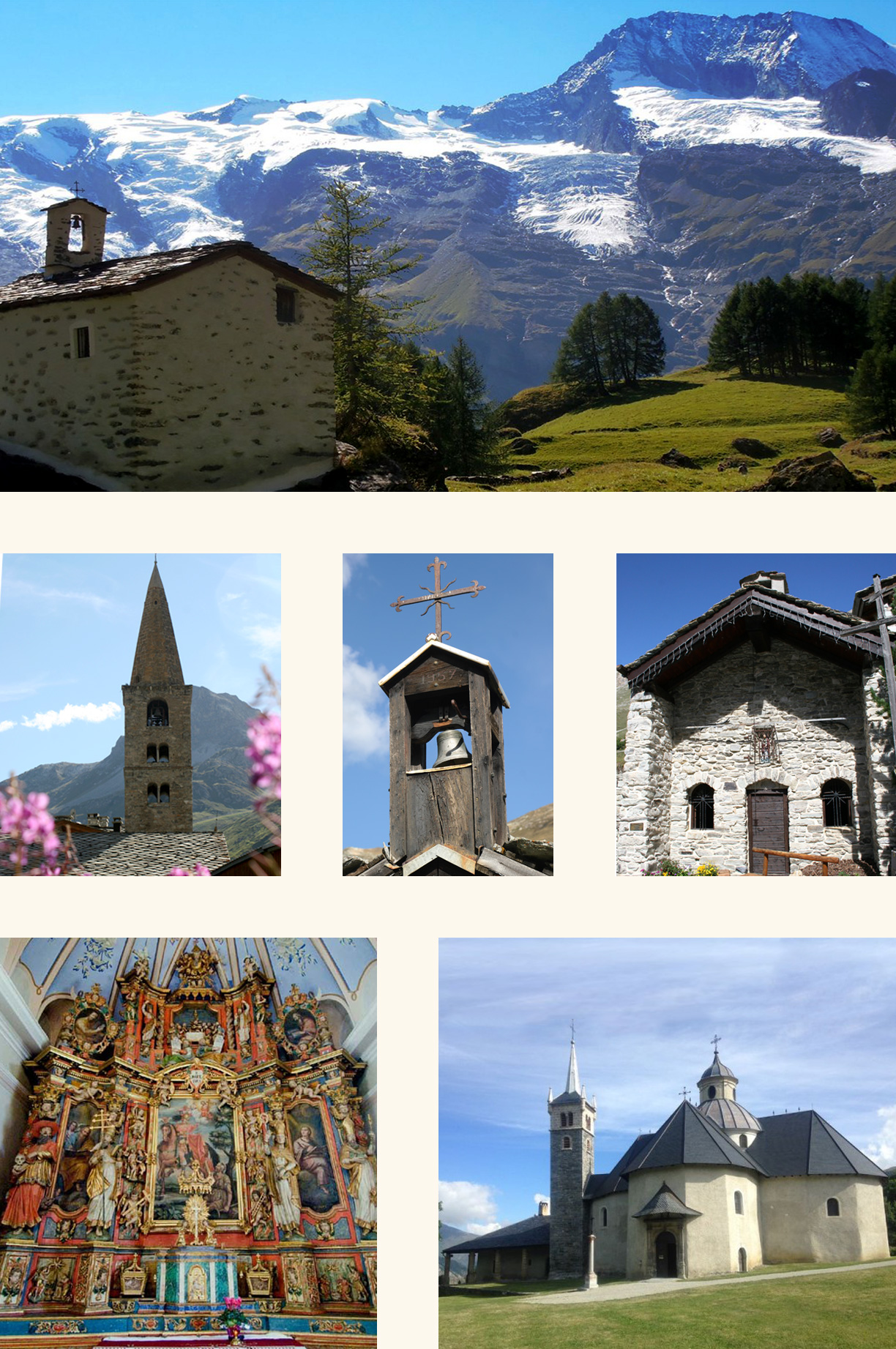 It is not to be outdone either, the exceptional qualities of the terroir have favored over the years, the constitution of an unparalleled heritage.

The countless villages at the foot of the glaciers, still reflect a rural civilization today. Today there are many old working farms, as well as artisan workshops, and old mines.

Thermal baths, a 30-minute drive away, developed in Bride les Bains from 1824, this thermal water has a salinity close to sea water which promotes lift, reduces pain, improves joint mobility and problems with overweight. The Pré Saint Didier thermal baths, a 1h20 drive away in Italy, are acidic and ferruginous, they have relaxing, anti-rheumatic and beneficial properties for skin problems.

At 1:45 am, the city of Aosta in Italy is famous for the iconic snow-capped peaks of the Matterhorn, Mont Blanc, Monte Rosa and Gran Paradiso. Among the main ski resorts are Courmayeur and Breuil-Cervinia. The interior is dotted with medieval fortresses and castles, such as the Château de Fénis and that of Verrès, both built in the 14th century.

A mine path 25 minutes away by car allows walkers to discover the site of the old lead and silver mines of Peisey (18th-19th century), already used by the Romans.

The dams developed from the 1940s. The most impressive is the Tignes dam, 30 minutes away, a real work of art. With its 181 m high, it remains the highest in France.

The Middle Ages are also represented with the medieval city of Conflans, a 40-minute drive away. Miolan fortified castle in Saint-Pierre-d´Albigny is 1 hour away.

Annecy with its old town, its lake, and its castle at 1 h 30. The castle of Menthon Saint Bernard at 1:20 am overlooking Lake Annecy, has over the centuries been adorned with romantic subtlety to such an extent that a certain Walt Disney was inspired by Sleeping Beauty. This Savoyard architectural jewel is also a residence occupied by the same family for more than 1000 years.

In Aix les Bains, at 1 h 30, are the historic thermal baths, witnesses of the development of hydrotherapy and this from antiquity to the 20th century. The Faure museum houses the second largest collection of Rodin in France. The Hautecombe Abbey of neo-Gothic architecture stands on the shores of Lac du Bourget. Fort de la Platte in Bourg Saint Maurice, is on the road to the promenade des 5 Lacs. Tamier Abbey, an hour’s drive away, still makes its cheese.

As for religious architecture, with the exception of the Romanesque basilica of Aime 15 minutes away and a few neoclassical churches, it is baroque art that reigns supreme through the work of great transalpine sculptors, most of them of Valsesians time.

Cupule stones (etymologically “small cup” in Latin) or bowls are erratic blocks, often even rocks or rocky outcrops on which semi-hemispherical cavities have been carved.